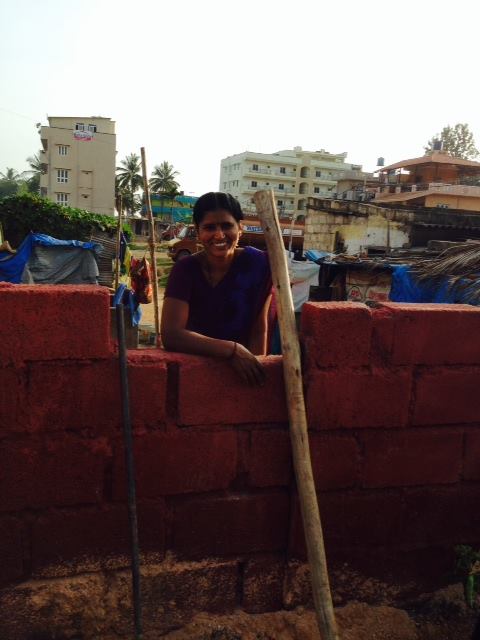 If there was ever one big transformation, this was it. This took 2 days. 2 communities and TUI.

History: This was an unofficial garbage dump with official looking cement rings. Bangalore is supposedly a Bin-Free city (Garbage free would have been better), so these Cement Rings should no longer exist.

This fix required some homework. The slum behind was polled on what went on here as were the neighboring shops. The wine shop next door became a friend. It was seen that many drunks at night needed to use this place as a loo. Children too used this as a loo.  At night, the lighting for the spot was non-existent making the place even better to dump.Ramagondanahalli dump on the sidewalk got spruced up, this one saw even heavier use. So the fear was, what would people do if this one went away too?

2 days of very hard work paid off. Comments included one from the Blacksmith next door “I could not have even dreamt of such a thing”.

The wonderloo sees so much use that one wonders why it cant be everywhere. Now if only women and children could be given a dignified option as well.