Back To Home
Streets, Traffic 5 October 2015 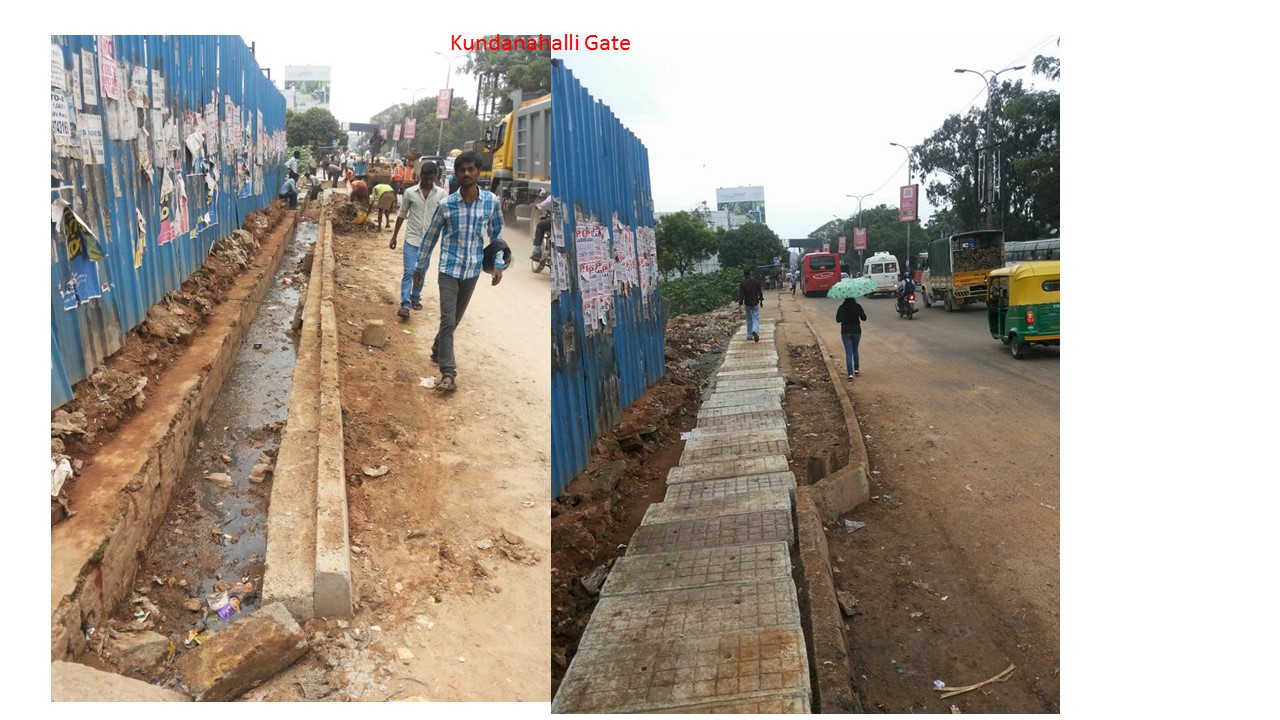 18 months ago Anjali requested that BBMP please cover the drains at Kundanahalli. But the Signal Free corridor was to come so it was deemed “wasted effort”. Having been frustrated with the lack of progress she partnered with a company and Nitesh Shah to build a temp bus stop and also managed to persuade BBMP to cover the drain. They did but they ran short of slabs and left a portion incomplete ! Still it was better than before. Summoned there yet again for traffic warden duty earlier this week, she had finally had ENOUGH. She couldn’t believe the conditions under which commuters were just standing by that open drain. In her words ” not only was there a dead rat on the pavement, it was also decomposed “! Out of frustration, she called RK Misra who not only managed to quickly get BBMP to move some drain covers here but in her words, his person on the ground Seetharam gets 110% credit for standing there all day to ensure it is done! She had even signed up to paying the transport cost for the truck but ultimately didn’t need to. And that’s how the drain cover story goes. Now the questions remain 1)how is the situation at kundanahalli bus stop acceptable. 2)Why is the signal free corridor taking so long 3)does everyone have to call RK to get basic hygiene level infra 4)what can the common man do… For now, all of you standing at Kundanahalli can send your silent gratitude to Seetharam, RK Misra 2 thoughts on “How Kundanahalli happened”