Power of the common (wo) man? 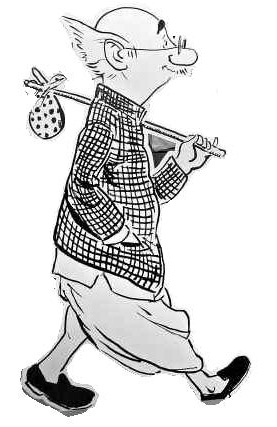 I am the quintessential -9 to 6 working -woman that you see around in Whitefield – pushing a pram while trying to attend a conference call and buying my groceries online. With the sky rocketing cost of living (not to mention the stratospheric EMIs ), it might be politically right to say that I belong to a sub species of Homo Sapiens called “the  Common (wo) Man”.

ost of us in the species, I have always felt deeply guilty for not being able to do as much for the community. Don’t we all cringe when we see a small child forced to beg on the street, a really good student unable to pay her college fees, an unprivileged child unable to get heart surgery? Then , we console ourselves by A) giving as much as we can afford B) blaming the current framework of society C) distracting ourselves with petty woes that ail our  day to day lives.
Yogesh Anandachari’s Story:
It was a day in May, when Nirmala, who works as maid (mornings) at my place – broke down. Her husband was terminally ill and she had 2 super bright kids – Chitra( 17 years- 96% in 10th) and Yogesh (18- 86% in 10th) and the total family income is not more than 7500Rs per month. She had pulled Yogesh out of college (PUC 2nd year or +2) last year to help make ends meet and to pay for the never ending medical bills. Yogesh came over to talk to me and I was at once stunned by not only his intelligence but also his dreams and aspirations. During a time when most teenagers would break down with the amount of hardships he has faced, here was a boy who was optimistic and positive. He wanted to get back to completing his +2 (state syllabus) and later on finish his BCom and possibly his CA ( He is excellent at accounts 87%, you see).
Meanwhile, he has requested me to search for a evening job so that he can earn a living for his family. His sister was being tutored by me and he requested if I could teach him. It was the AHA moment for me – Here was a boy who really wants to study and has the audacity to dream.
I called Sampa Chakraborthy who helped with our Nepal related donation drive. I reached out to Rajani who was active in Whitefield Rising related volunteer activities. Sampa asked me to mail hello@whitefieldrising.org. I did with not much of hope (as we are usually told that most NGOs don’t respond – an untrue myth as I found out to  my delight) and Rajani shared Nitya Ramakrishnan’s mobile number.
I called Nithya and felt really positive about finding a solution for Yoges’h’s fee problem.
I was overwhelmed by the not just the speedy response but also the genuine concern, empathy and patience with which, the Whitefield Rising Team came forward.
Sumedha helped find a college and when he insisted that he wanted to continue in his existing college (run by an NGO), Nithya took charge of getting the fees through crowd funding

and Sanjay Swamy helped set up the link for online payment.
Within a few hours from posting on the Whitefield Rising group, Rs 12800 were raised towards Yogesh’s fees.
I still cant forget the look of undiluted joy in Yogesh’s eyes when he learnt that he would be getting back to college. It was truly priceless.
Pavan Muniappa’s Story:
Then,the week after that, Sarada who sells flowers and works in our apartment

, came to me with reports (in January) from 2 reputed hospitals suggesting that her son, Pavan Muniappa should have open heart surgery at the earliest as he has a ‘hole’ in his heart.Her husband,Muniappa is an Electrician who gets work on an off.
Saradamma works as domestic help in a couple of flats and sells flowers.
Both of them are uneducated and can barely read and write.
Total Monthly income

of the family is around Rs 12000.
Pavan has a younger brother Naveen who is also in school and is a good student like Pavan.
Pavan had to miss his 10th exams due to his illness this year.
She was weeping and totally desolate. She had already sold her jewellery for the tests and she was trying to raise funds

for the surgery which would cost about 3 lacs. I was confident that Whitefield Rising could help Pavan. I mailed them detailing the facts about the case with scans of Sarada’s BPL and Aadhaar cards and the reports from the hospitals. Nityha referred me to Ritu George. Based on the advise given by Ritu George, I directed her to go to Narayana Hrudayalaya in Electronic City where tests were redone for free and she was told that her son doesn’t need surgery!!!
Sarada could hardly believe her ears. Ritu, was very thorough, she had also arranged a checkup in Telerad Rx Dx by none other than Dr Sunita Maheshwari herself who assured Sarada that her son doesn’t need surgery at all and can safely resume school.
One should see Sarada’s face to see the palpable relief and her tears of joy.
That family had gone thru hell and would have continued to ruminate if not for Whitefield Rising.
So why did I title this write up – Power of common (wo) man? True to its name , Whitefield Rising is about the quintessential common man taking the one step forward to try and help his/her neighbour. At the cost of sounding sentimental, it gave me faith in the phrase ‘social service’.
——————–
sirisha.aluripmp@gmail.com
Read more
0 shares