Back To Home
Community Responsibility 11 May 2015

Can we help Master Deepan? 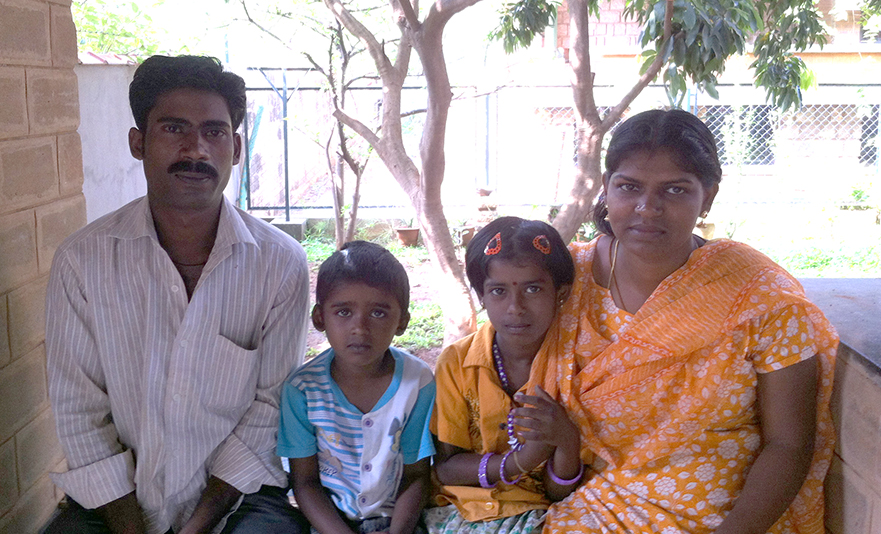 This very sad case stands in front of us thanks to Shanthi Chandola. Can we put our heads together to come forward and help this little child and the young family? You may know of some foundations or NGOs that help people with such rare conditions.

Shanti writes as below

Ilayaraja is about 30 years old. His wife’s name is Savitri and she is 29.

He is originally from Ooty and the couple used to live and work at the Little Elly school in Victorian View.   This was before the present management.    They have two children, a daughter and a little son, now about 5 years old. Initially the child was also in the same school, but ‘cos he was very distracted with his parents, they sent him to the anganwadi

In Feb 2014, his child Master Deepan about 4 years of age fell off a swing – they are not sure where.   The child is a baemophiliac.   He obviously hit his head very badly and had severe concussion, internal bleeding etc and has had to have 2 surgeries at St. John’s.   One was soon after the accident and another one in March this year.   He says the surgeries cost between 4 and 5 lakhs – I have some (not all) receipts with me.   He had managed to do this with help of some relatives and good Samaritans.

Since Ilayaraja had to take a lot of leave, he was discharged of his duties at the school and he managed to find a place to live in Nellurhalli ( 6th Cross).   He now earns about 10,000/- a month washing about 20 cars in a day @Rs.500/- per car. He also does any other odd jobs to add to his income.   He has enrolled himself in a driving school and has been learning to drive a 4 wheeler for the last one month.   He says he hopes to get his DL in about 3 weeks time.

I have known Ilayaraja for the last 3 years or so, as he used to reside at Little Elly.   He washes one of my neighbour’s cars in the morning.   As far as I know, he does not drink.   I have seen him at 5.30am washing cars so I am quite confident that he does not consume alcohol.

I met his wife Savitri for the first time today.   She is 29 and like Ilayaraja has studied upto the 9th standard. But she seems very bright and can speak English, Tamil, Kannada and Malayalam.   She used to work at the day care centre at Little Elly, earlier.   She has been working at Jumbo Kids ( again day care) from 9 am-5pm and is paid Rs.7500/- .   She had to take leave once again as Master Deepan was hospitalized for his second surgery in March 2015 ( March 2-15).  She is planning to take up her job with Jumbo Kids once again.

After his second surgery, he had to be readmitted on within a week to the ICU and was in hospital until April 2nd when he was discharged.   Apparently the internal bleeding in the brain continues and he has been prescribed an injection to be given twice a week and the doctors have told them they have to give it to him for at least a year!   A single  injection costs Rs.5500/- and they have managed to give him 6 injections so far with the last one being on Saturday May 2nd.   Money for this has been from well wishers and some borrowing from relatives.

When the child was discharged from hospital on April 2nd, his memory was badly impaired and he could apparently not even remember the names of food such as milk, or rice.   He had to indicate by gestures what he wanted and would respond to questions.   When I met him this morning, he was quite communicative.   The medicines are definitely helping him as he is now able to retain what he is learning all over again.

The elder daughter Sandhya is 7 years old and is going to the third standard.   She was earlier in the Whitefield Public School, but they have to take her out as the fees are no longer affordable for them( roughly around Rs.50,000/- for one year)    They have enrolled in KSVK in  Immadahalli where it seems it is Rs.19,000/- per year + Rs.5500/- for book, uniform etc.

As I said before the injections cost Rs.5500/- per dose and at twice a week it comes to a mammoth Rs. 44000/- per month – they will just not be able to carry on with the treatment if we are unable to help.

Savitri is likely to restart work at Jumbo Kids from next week.   If you wish to have the child and his medication evaluated again, please let me know and I will organize for her to accompany the child so that she can give the history to the doctor.

Am reattaching the two discharge summaries and a couple of photographs of the family.

Let’s hope we can help this family – they are amazingly cheerful considering their circumstances.

3 thoughts on “Can we help Master Deepan?”