On Jan 23, 2021 we received a call from Bembala and Durga, two women organizations, to launch an initiative that would culminate on International Women’s Day – March 8, 2021. Something to focus on Women’s Safety in particular and for our Mahadevapura Constituency.
When we floated the idea in the wards everyone came up squarely with STREET LIGHTS ! Even the police confirmed – this one simple thing that we take for granted is actually missing in many many areas of Mahadevapura – and its the simplest, most effective action that increases safety not only for women but for all people residing in an area and more particularly for pedestrian traffic. We felt with increased focus on encouraging walking and pedestrian, this was an important area to be addressed.
What is critical is that we wanted to get a list of small, high traffic roads where women safety is an issue -not main roads but the stretches of 100m to 300m where pitch black roads became a place of rowdies to congregate and harass. When we approached BBMP electrical however we met with a major road block – it was initially explained to us that BBMP has given a large contract for “smart lighting” all over Bangalore. There will be a control room in the Utility Building in the City where all lights will be monitored and fixes done immediately. This project is however about 2 years from completion and therefore it was explained to us that BBMP does not want to invest any money on new poles and lights since it has to spend money on it within 2 years. However this was no consolation to the women of Mahadevapura who cannot be expected to walk around in darkness for 2 years – after all the Government should have thought of this when handing out licenses to build apartments, residences, open PGS and run shops in these areas! These are the types of infrastructure that are a pre requisite to the occupation of these areas.
Not to give up, therefore, we then approached the MLA office through his trusted advisor Mr. Prasad whom many of us know and have interacted with. After we explained our issue and predicament, to our pleasant surprise,  Mr. Prasad immediately liked the idea and promised to support it fully and push through for some of the lights atleast to be fixed before Women’s Day and to work on the other requirements through budget allocations which the MLA would help with. In no time the women of Mahadevapura came together with a list of roads complete with GPS Coordinates and from February, over the following 15 days, BBMP Electrical team – Mr. Sharath, EE Electrical  and Mr. Sanjay Sugandraj, AE Electrical both worked relentlessly on the list to visit each of the areas and determine a budget and a cost – inspecting whether it was fixtures that were dead, whether it was poles that were required or whether it was lack of Low Tension connection from BESCOM that was the problem.
We finally submitted the attached letter on Feb 16th with a list of roads which had been inspected by the team and Mr. Prasad met the ladies with the BBMP electrical team and painstakingly went over the list one by one. Now we are at International Women’s day – and while everything we asked for is not completed – many critical small PAIN POINT sections of street which had been languishing without lights for years on end were done. For others Mr. Prasad has assured us some budget would be found and we also will be approaching BESCOM to provide poles where possible out of their existing stock.

We want to thank the MLA and his office – in particular Mr. Prasad and the accompanying team that worked so hard with us. It also showed there are so many details involved and so many dependencies, showing much more planning and coordination is required but above all if we citizens keep identifying areas and collaborating with the officials slowly the needle turns and things happen. In a participative democracy we all have a role to play. And our constant vigilance and never give up is the only thing that will keep the system improving – let us not accept mediocrity as a given – let us continue to be vigilant and active citizens like the ladies here did and improved things maybe only 20% or 50%  but its more than ZERO.
On that note- LET THERE BE LIGHT !!! 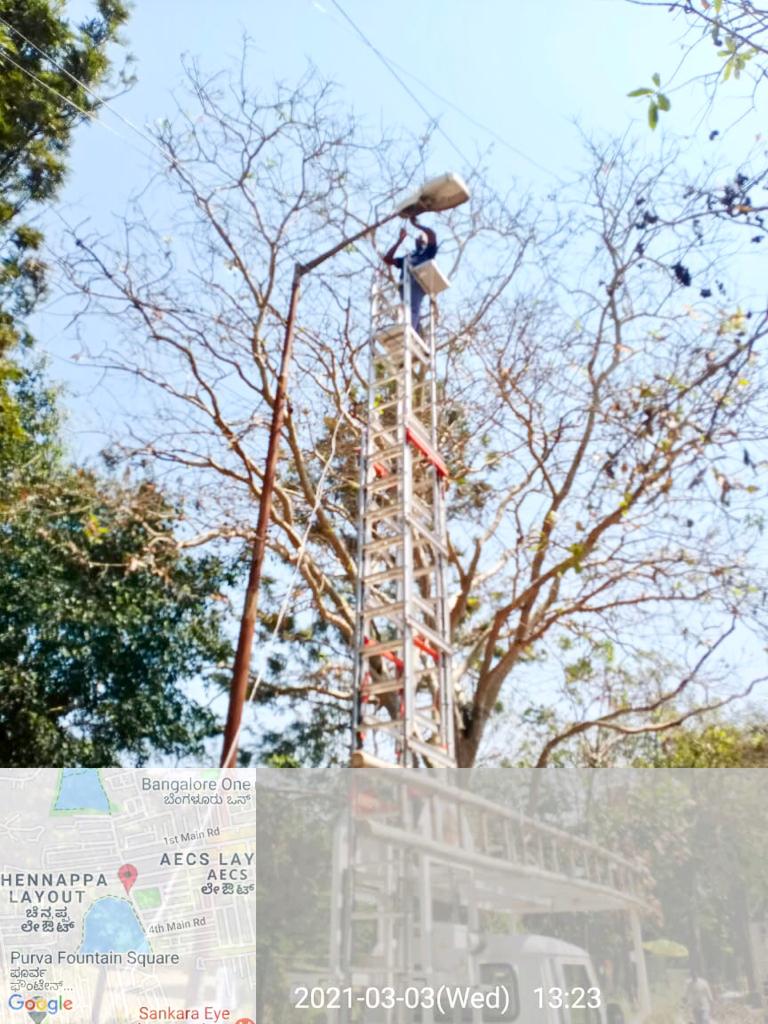 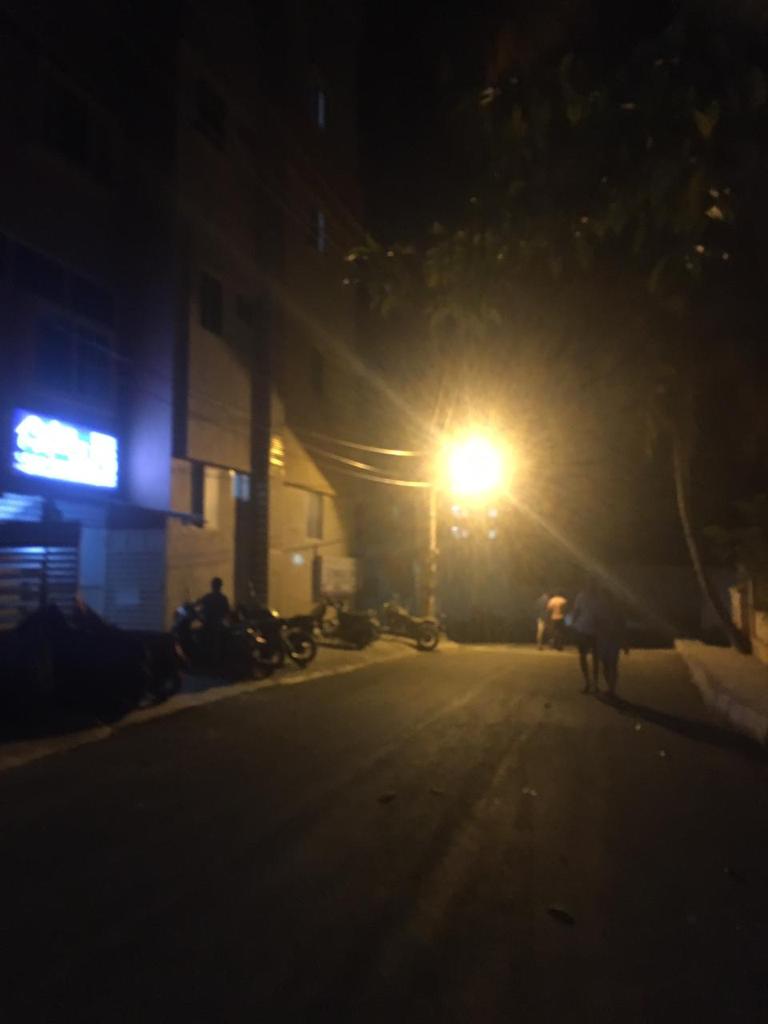 Thanks to Ms.Anjali for the initiative. Thanks to MLA office team & BESCOM team for their support. Special thanks to Mr.Jagdish for promptly fixing up the streetlights…

Thank you.. Together we can always bring in change…