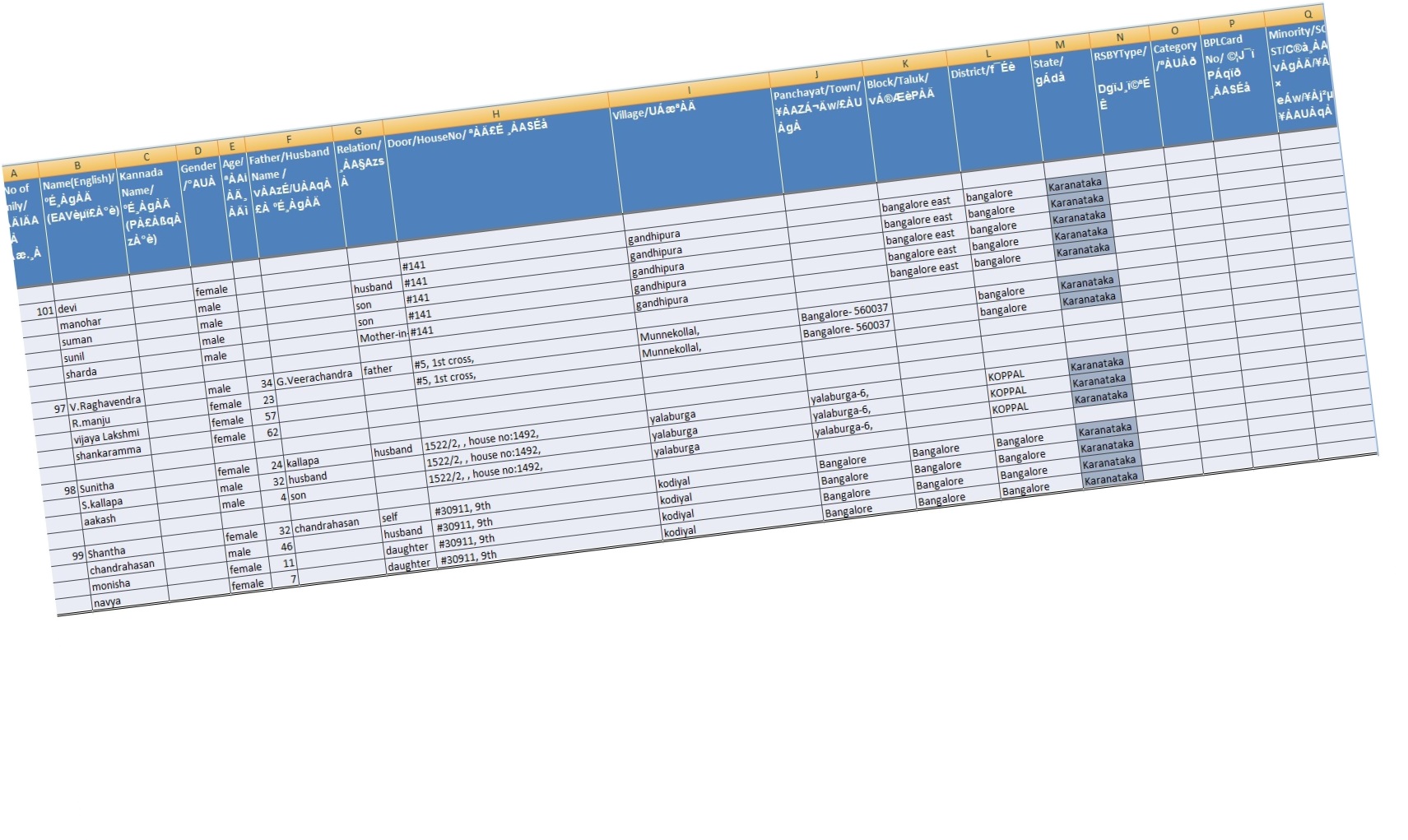 Whitefield Rising had wanted to give a Christmas and New Year gift to our staff. These are the people who work for us to make our lives easier. We came across Government of India’s medical insurance scheme Rashtriya Swastha Bima Yojna, RSBY (http://www.rsby.gov.in/ )floated by the Department of Labour. This was on Dec 10th 2013. On further enquiry, we realised that the scheme was almost closing taking applications. We collected as many applications as we could in a day’s time, reaching out to communities who in turn asked for the necessary documents. We rushed to the Labour Commissioner’s (LC) office in Bannerghatta to brief him on Whitefield Rising and implore upon him to extend the deadline for us. He gave us less than 36 hours! Then began a frenzy to collect more applications and send all information to the LC’s office in a prescribed excel format that we were initially not aware of. In all a few hundred hours of the team collectively went into this exercise. To cut a long story short, we managed to file approx. 1000 applications on Dec 13th and were given a receipt of the same from their office. The cards were to be rolled out by end January/ early February 2014. We waited patiently, keeping our fingers crossed and hoping this scheme which would provide a family a benefit of Rs 30000 annually would materialise soon.

We started making enquiries about the delivery dates. Response : Due to election code of conduct, nothing would transpire till elections are over.

Post elections, the cards distribution started in rest of Karnataka and we were told Bangalore would start soon. Unfortunately the Labour Commissioner has moved out and due to some political reasons and the distribution of cards has stopped. Very unfortunate circumstances. We are trying for a meeting in the last week of July to the new LC to put forward our case. We don’t know whether the meeting will be granted and what the outcome would be.

It makes us helpless when people ask about RSBY status. We have had a few maids also asking us the same. What do we tell them? We had given them hope……