Back To Home
Community Responsibility 8 July 2014 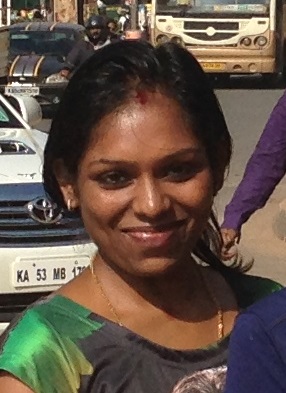 The below is what happens when two people that dont know each other work with a community spirit in mind. I cut and paste an email directly from Mrs Kannan. Though she writes to me, I had no hand in the resolution of the matter. Note that just polite conversations were had letting the park keeper know that we as citizens demanded our rights but we would also be appreciative and collaborative.

I wish to place on record my thanks to you and share the good news that the problem I had referred to you ,at the walking track in the inner circle park has been sorted. congratulations to you and  your team – especially Ramya.

I will take a moment to stress a point we would emphasize in the Citizens Awareness Programmes ( which I had designed the pedagogy for and was conducting the training programmes, as Training Coordinator in Janaagraha) for efficient delivery of public services, it is very important  to have citizens involvement and monitoring. We do not get the kind of service we should be getting from the service providers ( government agencies) not because they do not have the resources ( including human).

In this case, the parkkeeper Narasimha , who had his residential quarters inside the park, would be sleeping well past 9 am and his wife would be watching TV.

The morning after a slight shower, it only required the water to be swept off a few feet of the walking track.  Inspite of all my efforts, he would not clear the water!

After we met Mr Anjanappa. the Superintendent of the park, with help from Ramya, I was travelling. on my return , I went for my morning walk to the park, all prepared to sweep the track, since it had rained the previous night.

But it was swept clean – no water logging! the next morning again , Narsimma had removed the water ! he came to me at 8am( bathed and fresh pottu on his forehead to show he had finished his prayers!) and told me that  he was sweeping the water off early morning!

All it required was a 5 minute conversation with his supervisor Mr Anjanappa – which was my request to you when I approached you first.

Thanks a ton for prompt action !

I would  request that from whitefield rising we write to anjanappa”s boss ( Nagappa?) placing on record our appreciation for the efficient way anjanappa sorted our issue. Ramya was with me when anjanappa kept requesting us to inform his boss of our meeting.

This is Ramya folks