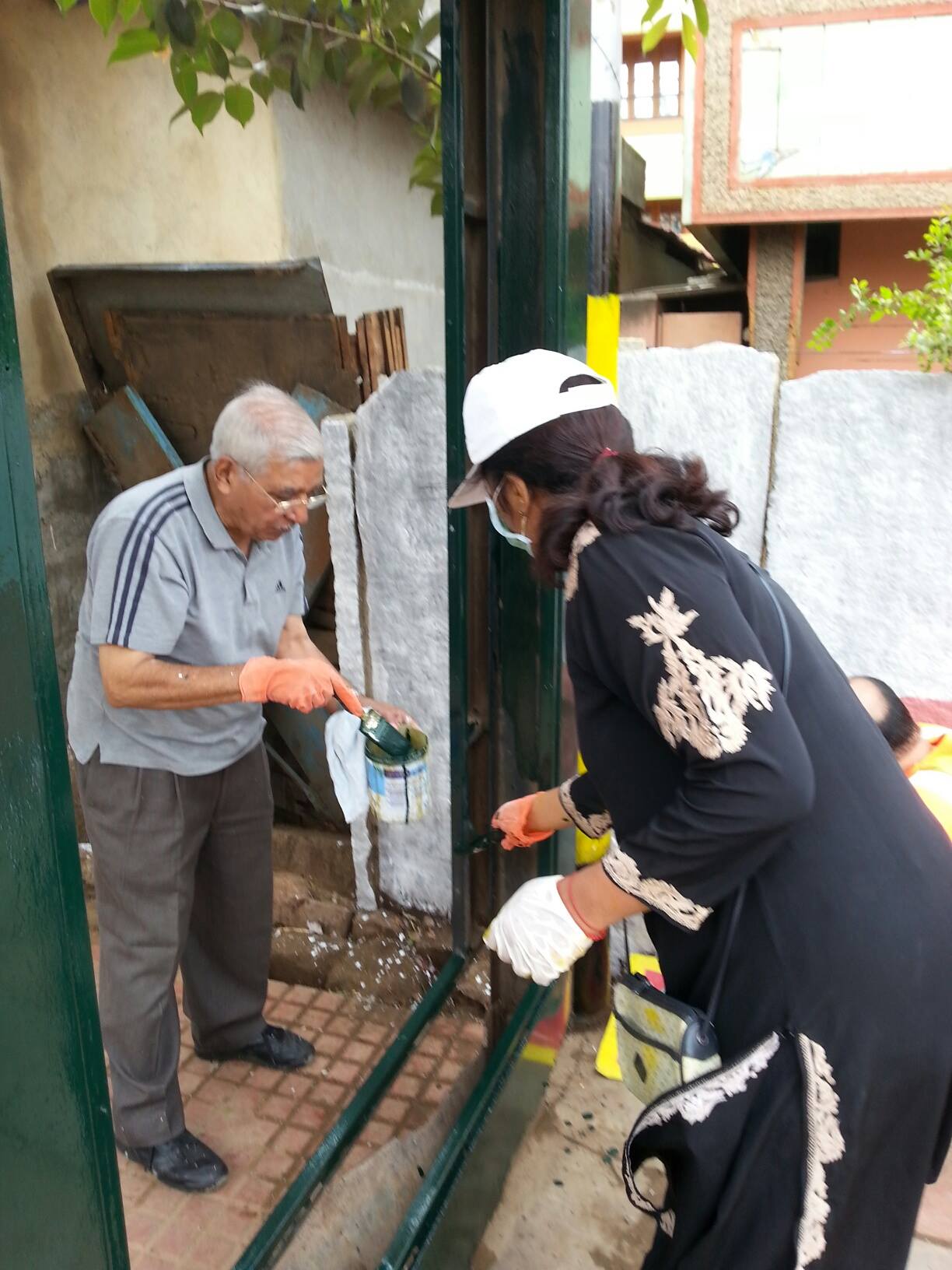 As evident from the album and records of Whitefield Rising’s Sept. 2013 spot fix, it was an event led by the ladies. But when it came to selecting the ‘person of the match’, the jury would have overwhelmingly voted for this ‘veteran’—the ‘youngest’ among the volunteers. Be it spotfix or other events, his enthusiasm defies his age. His mere presence injects energy into the team. Perhaps thanks to his services’ background, Col. (Retd.) Pradeep Handa believes in leading from the front. Here are edited excerpts from a recent interaction:

Whitefield is struggling for solutions for its pathetic state of roads, terrible traffic, inadequate bus services, stray dogs’ menace, overhead cables, sewage, clogged storm water drains, dirty Varthur Lake, lack of public toilets, etc. Due to the enormity of the problems, we may not have improved the locality commensurate to the efforts put in by volunteers, but WR has certainly made a huge impact on the authorities—giving the hope for a better tomorrow.

WR came into existence as a voluntary and apolitical organisation about two years back and it continues to be so. It has no leader, yet everyone is a leader; it has no followers, yet it moves due to the dedication, maturity and vision of its volunteers. The projects are identified and listed. Then volunteers sit across the table, discuss, plan, share responsibilities and persevere till its completion. Due to the apparent sincerity of purpose of its members, results are produced automatically. Based on the visibility of the results on the ground; funding by the companies, Rotary, and other private donors has not been a problem so far.

A few members have involved themselves in such a manner that they have not only identified a field of their liking but have established contacts with relevant government departments. They have made matters move with their constant liaison, and riding on the strength and backing of WR. The officials do not take the volunteers of WR lightly and instead go all out to give them a patient hearing and address their problems. Moreover, the media is publishing impressive write-ups on the activities of WR. This coverage acts as favourable publicity, which in itself is a huge contribution of WR to Whitefield.

About two years ago, I read a report about WR in the local newspaper and was fascinated to learn about this organization. As I am a firm believer of being a part of the ‘solution’ rather than sitting outside to complain and criticise, I jumped at the concept. I’ve been involved in a number of projects—spot fixes, BMTC buses, and signal-free corridor—though I’ve not been able to involve myself as much as I would have liked to.

TOWARDS A CLEAN LOCALITY

Dirty spots presenting an unpleasant view and emitting foul odour have become a part of our everyday lives. People living or working around such black spots not only ‘accept’ these surroundings but also feel helpless at the non-performance of government agencies. This is where I found myself inducted into WR, when I landed at the first such spotfix. It was an unusual experience for me to see CXOs of MNCs, professionals like CAs, bankers, IT personnel, taking to sweeping the filthy roads and stinking spots. They were loading the garbage onto BBMP’s tractor-trolleys, repairing damaged areas, paving footpath with tiles, scrubbing pillars, and painting walls. I couldn’t believe my eyes, as some of the participants had arrived at the venue in chauffeur-driven big cars. Many children, too, joined the adults. I participated in a number of spotfix events thereafter. I also undertook the task of getting two tractor-trolley loads of stones/slabs of varying sizes lifted, thus clearing both sides of the pavement/road from Ramgondanahalli to Siddhapura.