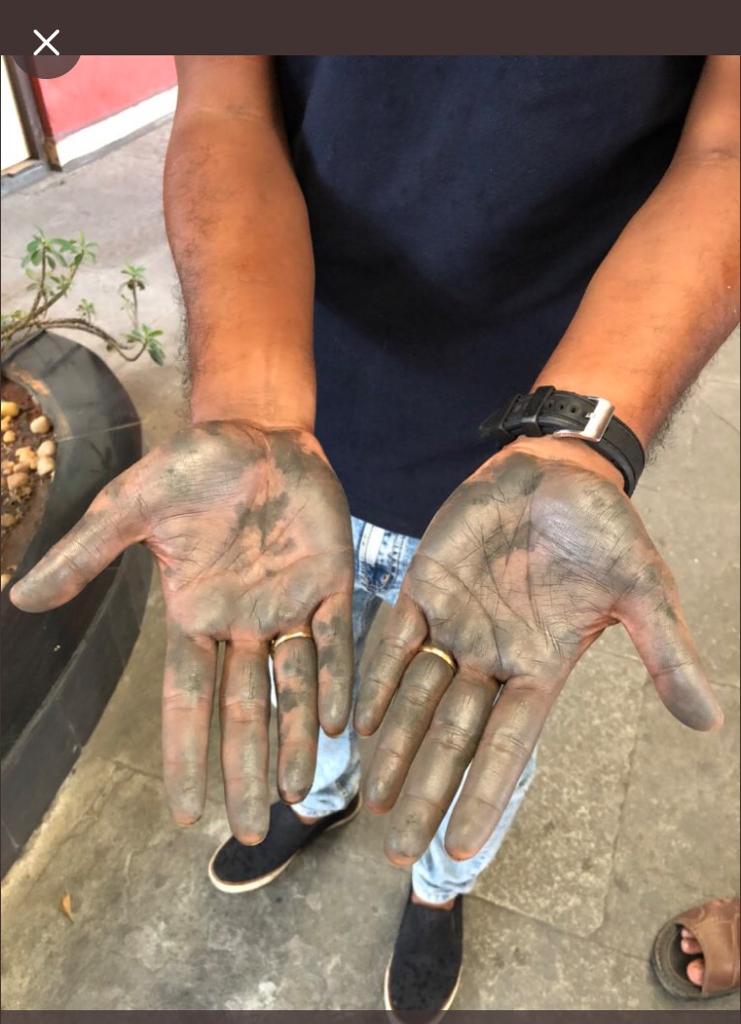 What is the pollution issue of Graphite India factory in Whitefield?

1. Fine black shiny dust emitted/escaped from the GI factory gets carried away to the surrounding area. This dust appears same as what one sees while sharpening pencils. It is inhaled by people and also settles on the surface
2. A toxic pungent chemical smell is observed around the factory
3. Graphite dust and chemical smell covers an area of almost 1 km radius around the factory depending on wind direction throughout the year
4. Graphite dust and chemical smell causes various respiratory ailments to the nearby residents apart from throat/eye irritation, nausea, breathing discomfort in day to day life

Graphite India claims that they are following the pollution standards of KSPCB. How is it possible?

Several reasons:
1. KSPCB monitors ambient air quality which measures particulate matters of size less than 10 micron (PM10) or less than 2.5 micron (PM2.5) which are invisible dust particles. Shiny black dust bigger than 10 micron and visible to the naked eye is not covered by these measurements.
2. Graphite India reports stack emission (i.e. emission through chimneys) whereas most of the pollution is caused by fugitive emission (i.e. emission escaping through roofs/walls)
3. Permanent pollution measuring sensors stationed at Graphite India factory are far away from the main process causing pollution i.e. graphitization. Also, KSPCB does not provide real-time monitoring data. PM2.5 measurement done by independent sensor shows spike in PM2.5 level throughout the night and during early morning when there is very less traffic. This is not observed in other traffic prone areas.
4. When KSPCB sends mobile van to measure pollution, Graphite India factory does not operate to the full extent. This is confirmed by absence of toxic chemical smell and fugitive emission on those days.
5. KSPCB has never attempted to characterize the fine black dust. Appeal by residents to use 3rd party laboratory has been turned down by KSPCB in the past.
6. Similarly, the chemical smell which in all probability is due to Sulphur associated with graphitization process has not been characterized by KSPCB

What about the court case against Graphite India?

Residents in the neighboring area have been complaining against pollution since 1997. Finally, in 2012 KSPCB passed factory closure order which was first stayed and subsequently overturned by the Appellate Authority in 2013. Residents pleaded in NGT against the Appellate Authority rule in 2014. As on today, there is no stay order on the previous KSPCB closure order by NGT or any other authority and as mentioned, that closure order itself has been dismissed. KSPCB now act on the fresh complaints by the residents if they wish to.

What does Graphite India claim apart from pollution norms?

GI claims that they set up the industry first and then residents came. This is not true. There were settlements in this area and farmers were cultivating the surrounding land. However, due to pollution from the graphite factory, all their crops were destroyed and farmers were forced to stop cultivation. Gradually more establishments including IT parks, hospitals, residential apartments came up with approval from Government of Karnataka and started facing the pollution issue.
Secondly, GI attributes the issue to vehicular pollution which is again not true. Vehicle emission neither produces fine shiny black dust (similar to pencil) nor toxic chemical smell which is very distinct and causes breathing discomfort. : How Residents Have Taken On Big Industry – NDTV https://www.ndtv.com/video/shows/trending-10/pollution-blackens-whitefield-how-residents-have-taken-on-big-industry-495242