Back To Home
Uncategorized 9 August 2014 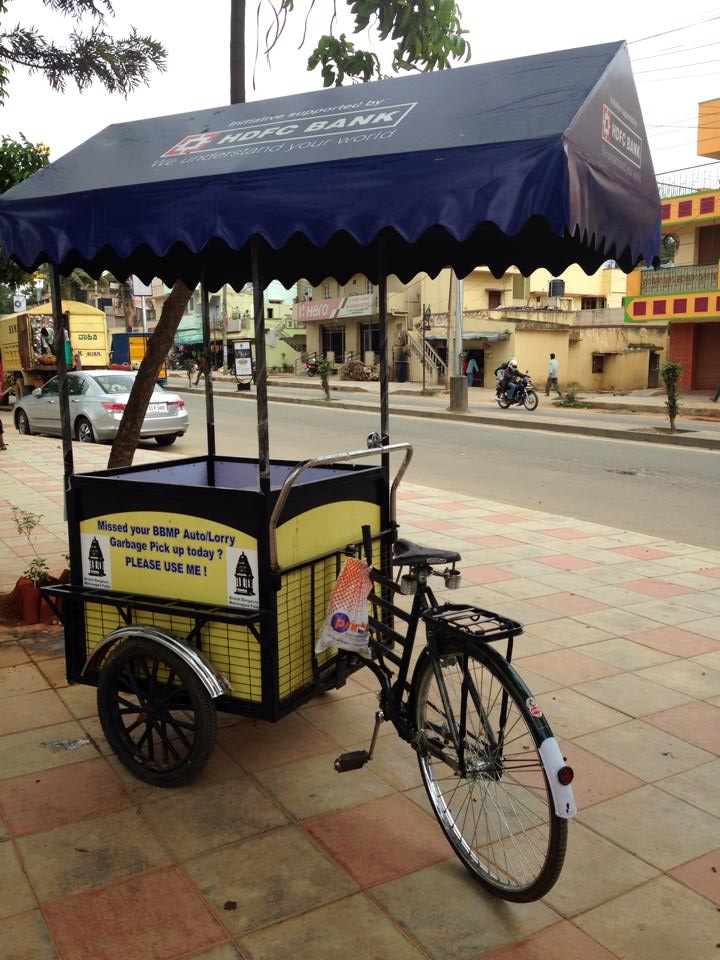 Several of us who drive or walk past the school and several volunteers who teach at the school were revolted at the garbage bags that collected outside the school every day. The stray dogs would wander in and tear the bags apart, looking for food. The Pourakarmikas avoided the garbage and only picked up any high value garbage. By the time the children got to school in the mornings, the place was a mess. Around 10 AM, the BBMP garbage truck would come by and pick up the garbage. Some remnants remained throughout the day and so it was easy for the neighbors to throw their trash bags again at the spot later in the evening, night and early in the mornings. Suhas and other volunteers noticed the garbage dumping and pick up pattern which was the same every single day. So clearing the garbage mound alone wouldn’t have been an effective spot fix. These set of volunteers realized that the garbage dumping problem was only the outcome of a more complex issue. One – why are people even dumping garbage on the pavement of the school? Second – these are all plastic bags containing mixed waste. In the background, the reality of Mandur village refusing to take any more of Bangalore’s garbage was ticking away like a garbage time bomb waiting to go off again and there was the realization that this time, there would be no more ground for negotiations. Also in the backdrop was a garbage segregation cart that Whitefield Rising had worked on along with BBMP and was sponsored by Rotary Club of Bangalore IT Corridor and HDFC Bank. This cart was waiting to be inaugurated for a pilot project which would clearly showcase the benefits of this novel model of garbage pick up. Given these multiple factors, it was decided that we would pilot garbage segregation and the cart at this spot fix. In some ways, this was not one of our normal spot fixes. This did not involve clearing the garbage pile alone. This was anyways being done by the BBMP truck everyday. We had to address the door to door garbage pick up model which was currently ineffective and also address the segregation issue. This needed a door to door campaign to understand the reason for failure of door to door pick up and also explain the criticality and the process of waste segregation at source. To prepare for the morning of the 27th, the team led by Suhas had all this prepared:

o   food and other compostable waste – green bucket o   sanitary and other landfill waste – red bucket o   batteries, medicines and other hazardous waste – yellow bucket o   plastic, paper and other recyclables – bag Obtained sponsorship for these segregation kits, which cost Rs155 each but were sold for Rs50 per kit

On 27th July there was some regular spot fix work like cleaning up the area of all garbage, planting flowering plants at the base of the trees so as to make the area attractive. However, the bulk of the work involved going door to door through all the streets in front of and behind the school to ensure that the residents understood that

After the 27th, a lot of effort went in to ensure that this garbage collection and segregation model actually worked. We encountered several challenges, which we are currently working through:

All said, the spot fix was the first step towards changing the mind set and get people to treat the garbage problem seriously enough. We still have a long way to go and are continuously learning along the way.