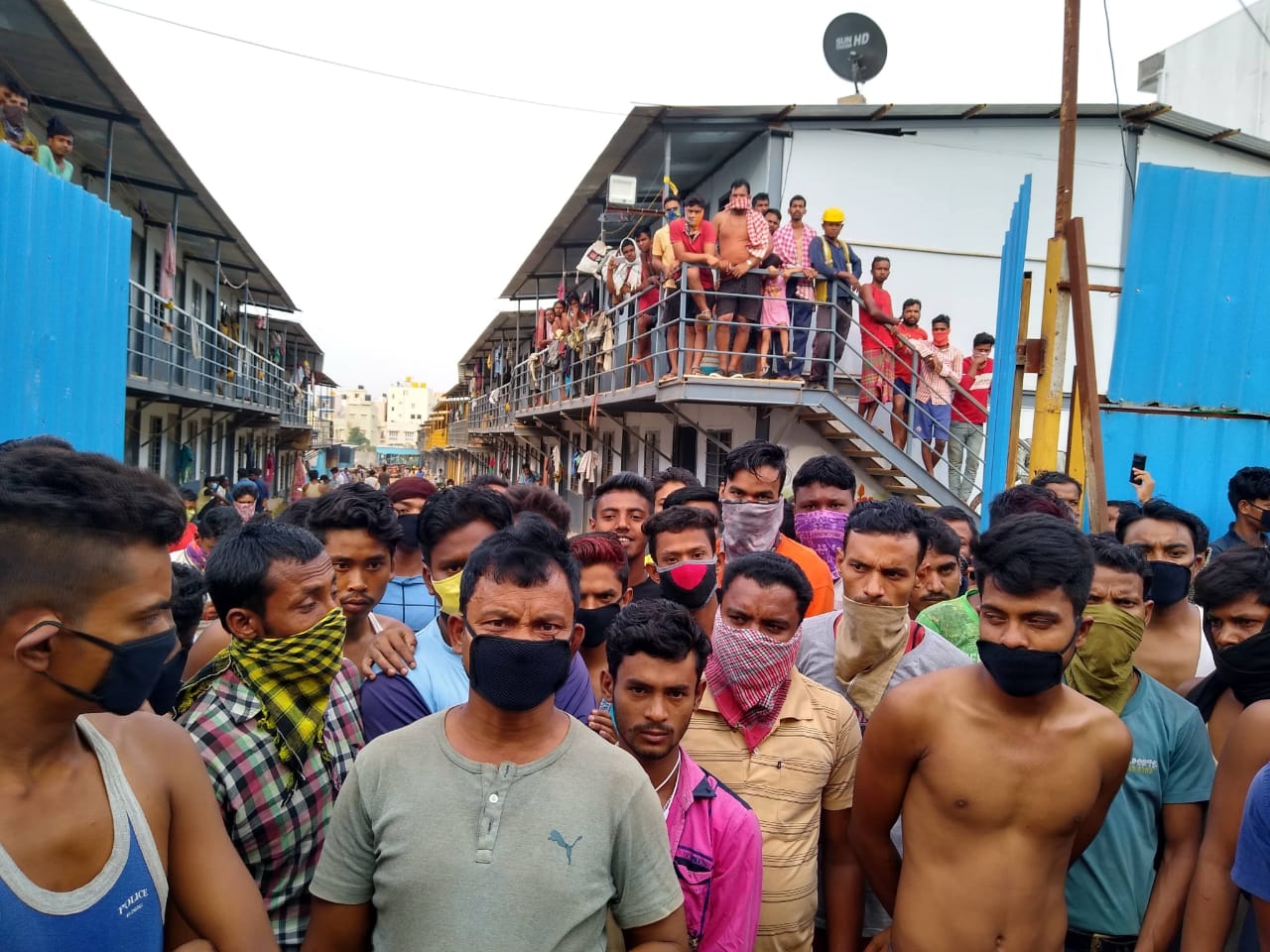 A year ago, on April 1, Whitefield Rising made the first distribution of the monthly ration bags following the sudden announcement of the lockdown. How we all came together, fund raised and got a supply chain going in just three days cannot be answered logically. When the cause is genuine and intention pure, all things are possible. That’s all we know.

A year later, we reflect on the journey and the lessons from the pandemic.

We distinctly remember the trigger.

We could see the “signs”. People had begun “walking”.  It was no casual walk on the street. It was the determined worker walking back home with his entire possessions on his back. Except, home was as far as 2500 kms away. By foot. No money, no food and sometimes no footwear either.

How could we allow this to happen under our noses?  We were getting news after dismal news of death as many such started a mass exodus back home as job loss, pandemic spread, insecurity  combined with the grinding halt of all public transportation left people fearful for their lives and for those back home. When we talked to them trying to reason against this exodus, many said, we will die but will die in our home. We could either help, or we could sit back and watch it all unfold.  They were not going to be stopped.

As a group with reach and organization, we had an implicit responsibility on us. We could not stand by and watch as people in our own neighborhood felt alone, helpless and left taking actions as risky as walking home. That was that. We put our heads together, pulled up our socks and watched as magical stories unfolded. As we reflect, there is a surreality to all we saw and it had nothing to do with Covid.

Our first goal was to create an environment of assurance so we could halt the walking. This meant working hard to keep large masses of people fed, provide shelter while at the same time working out how to get them on to the few trains that left to their different homelands everyday. Police stations became our second home while people’s homes, schools and numerous other places became voluntary food prep and packing centers.

Tough times seem to bring out the best in people.  People appeared as if by magic. WhatsApp, phone calls were all it took and suddenly, angels were cycling and driving to locations. Every person seemed to have been charged with a call to contribute in every way they could. Some were making “Rotis” because those traveling had long journeys ahead and roti was food from their own hometown. Yet others were organizing for the Rs 1000 ticket price for the train ride. A sum that was too much for most of these low income workers.  The more we did, the more help poured in.

Esteemed social organisations saw our grassroots work and enabled us to reliably provide month long provisions to families building some assurance that they would not starve here.

School auditoriums became packing centers as we got used to ordering necessities by the “tonne” . At the same time, ready to eat food became a parallel production and together posed us volunteers with challenges of managing large scale relief efforts. Through rain, fatigue, Covid threat and a lack of any end in sight, we worked with a hum and zeal moved by both the plight of those in receipt of these basic necessities as well as the selflessness of our co-volunteers. People with various medical conditions were identified and hand held from source to destination via flights they could not have imagined being able to afford at any time, let alone during a pandemic.

Underlying all this amazing work was the golden thread of human kindness. People we knew and people we had never seen before were working shoulder to shoulder making magic happen. It was routine to wake up early and get on the job, work hard with vibrancy through the day handling crisis after crisis. But as we shed our face shields, masks and took that hot bath to sanitise and sit at home for that assuring meal and ready bed, we knew why we had to get up early the next day and march on.

One year on, as we reflect on the lives that were impacted it comes as no surprise that the ones most benefitted are our own.